Yes, "I Fucking Love GREEN BOOK," which was without question, the Best Movie I've seen in 10 Years, "Seriously." "What's not to Fucking Love" Tony Lip would probably say himself, if the movie wasn't about him, but he was watching a movie with the same exact story about his life and adventure when he worked for World Renowned Pianist Doctor Donald Shirley (Mahershala Ali), driving him on a concert tour around the South and Mid-West of America in 1962 ..
The movie opens in a sccene at the Copacabana ight Club in New York City, where Tony Vallelongo (Viggo Mortensen), aka "Tony Lip" is the Maitre'd / Bouncer of the club.  Italian-American singer Bobby Rydell (Robert Ridarelli) of Philadelphia is the headliner and is singing on stage when the movie opens in the Copa. Viggo Mortenson 's character "Tony Lip" gets into a fight that night with a Mobster, and the Copacabana is subsequently closed down for a couple months for so-called renovations. Tony is out of work and needs to pay the Rent and put Bread on the table for his wife and two sons. By the way, Tony Vallelonga is what many would call a typical Italian-American Blue-Collar New Yorker who lives up in the Bronx, and his a thick New York Italian accent, swagger, and attitude to go with it. The guy needs a job. Soon after he's put of work, a close friend tells Tony he knows how he can make a quick easy $50 .. Tony is put into a Hot Dog Eating Contest at the local diner. It's between Tony and some other guy who can eat the most Hot Dogs. The record at this joint is 18 Hot Dogs. Tony takes the guy on, who ends up eating 24 Hot Dogs. Tony eats 26 and wins the Fifty Bucks, but Tony still needs a job, he can't keep eating mass quantities of food like the 48 White Castle Cheeseburgers they he ate previously.
A good friend sets Tony up on a job interview to chauffeur a renowned piano player around for 2 months on his upcoming concert tour. Tony goes on the interview which is in the piano players apartment above Carnegie Hall. This scene is quite entertaining, and gives a good insight into what similar situations are about to unfold in the movie which is the stark contrast of two very different men, who have completely different lives, personalities, education, and general demeanor. Such a strong contrast between characters usually makes for good humor and entertainment, and the contrast between Tony Lip and Don Shirley is verging on epic. The situations and moments these two men have together is often funny, sometimes heartbreaking, and often quite sweet and heart warming.

As Director Peter Farrelly said, in his acceptance speech for Best Picture, this movie is about love. Yes the movie is about love, and great friendships and acceptance between human beings who are different from one another. We all are, really. We're different and the same, we're human beings with attributes and faubles, and we go through life with many ups and downs along the way, but we should all be compassionate, helpful, and warm to our fellow human beings. Wouldn't this all make for a better world? You know it would, and that's just what these two humans, two "real life humans" (it's a true Story) who are thrown together and though they are both hugely different, they come together and help each other, and become fast friends along the way. I got choked up and almost cried a couple of times during the film, and a walked away with warmth and good feelings, and maybe a little bit more of an understanding of life and other people, that I feel will make me a better person along the way.

"It's all about Viggo"

... Peter Farrelly in his acceptance speech at The OSCARS

Did you notice that there was a lot of food in Green Book. Viggo Mortenson (Tony Lip) eating Kentucky Fried Chicken, Hot Dogs, and Steak & Eggs at a Diner, and talking about eating White Castle Cheeseburgers. And for the Grand Finale as far as Food and Green Book goes, the last scene of the movie, may have gone un-noticed by many as the special Italian Christmas Eve Dinner of "The Feast of The Seven Fishes," known as La Vigilia in the Italian language. Well, most who saw the movie may have not picked it up, but as I did, I'm sure many (but not all) Italian-Americans did.

The FEAST of The SEVEN FISH

If you're interested in creating your own Italian Christmas of The Feast of 7 Fish? You can. Just get yourself a copy of Daniel Bellino-Zwicke 's "Feast of The 7 Fish."  Everything is in there, all the recipes to make your own "Vigilia,"  The FEAST of The 7 FISH, on Amazon.com

The FEAST of THE 7 FISH

FEAST of The 7 FISHES 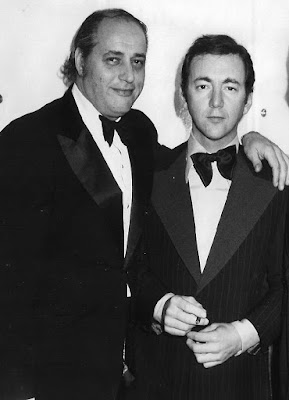 He is best known for his portrayal of crime boss Carmine Lupertazzi in the HBO series, The Sopranos. Lip portrayed real-life Bonanno crime family mobster Philip Giaccone in Donnie Brasco, and real-life Lucchese crime family mobster Francesco Manzo in Goodfellas. It was at the Copacabana nightclub where he first met Francis Ford Coppola and Louis DiGiamo, leading to a small role in The Godfather, his film debut. He also co-wrote the book Shut Up and Eat! (2005).

His time in the early 1960s, when he was the driver and bodyguard for the African-American classical pianist Don Shirley, was dramatized in the 2018 film, Green Book. 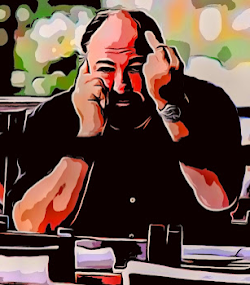 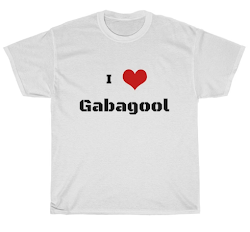 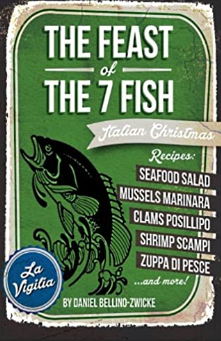 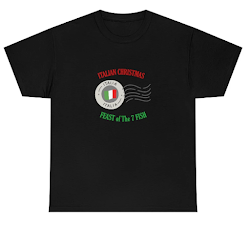 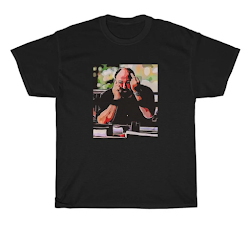 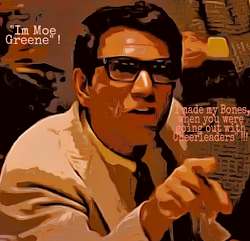