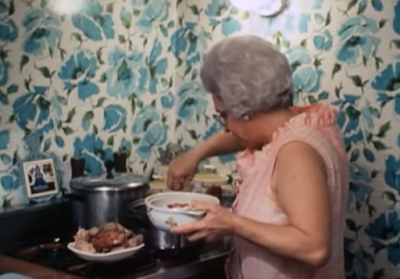 "This is what my mother in-law taught me. You take a few tablespoons of tomato sauce, and put in here (with the chopped meat)."

"It keeps the meatballs soft. Not like some people. You get invited to some peoples house, and the Meatballs are hard. I better be careful. I have a lot of friends. If they see this."

At The Home of Catherine and Charles Scorsese

The Filming of "ITALIAN AMERICAN"

Charlie : "I remember the first Radio we got. It was in the shape of a Church."

Charlie :  "Sometimes it's been known, that a man is a better cook than a woman. It's the truth." 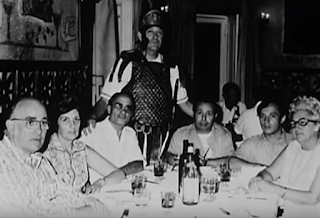 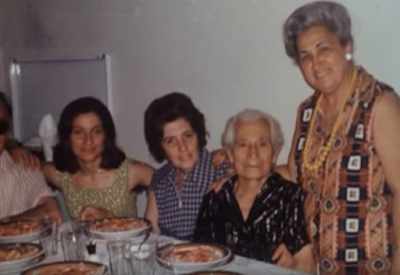 Catherine : "We didn't have our Honeymoon, so went to Italy years later"

Marty has Dinner with his parents Catherine & Charlie, at their home on Elizabeth Street

Marty : "It's California Wine, it's not Italian."

Catherine :  "I made a pound of maccheroni. And there's some meat they can have."

Marty : "You want some cheese"

Charlie : You want some Mozzarell Cheese?"

"I get it from my sisters, They have a garden, and they give it to me. It last all year."

Marty :  "You have some Cheese? The kind I like"

Catherine : "Cheese in a Basket"

Charlie : "That's what we call it. Cheese in a Basket"

Charlie : "Cheese in a basket. It's Special Cheese"

On Filming - It Not You Murray

Catherine  "He got my up 5 O'Clock in the morning to make Spaghetti.  He had to have a scene with hot Spaghetti. It was up in the Bronx. It was freezing up there." 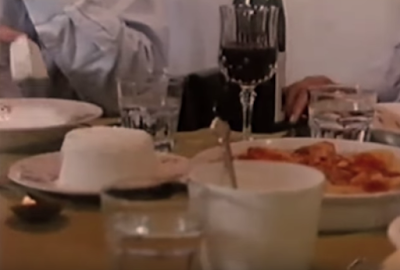 Catherine:  "Come on, the Raviolis are getting cold!"

Marty : "Where is that Mozzarella from?" 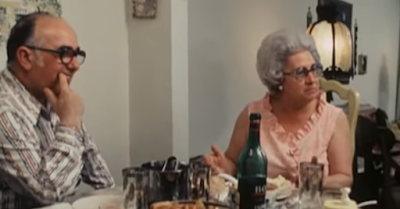 "Are you insinuating my father didn't know how to Make Wine?" 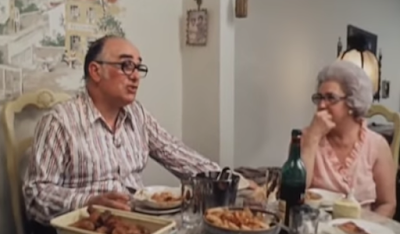