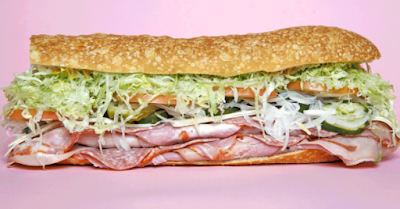 "Look at the Gabagool"

A Submarine Sandwich, also known as a “Hero” in New York, Hoagie in Philadelphia, and “Grinder” in New England the Mid-West & California, and a Bomber in Upstate New York. These Sandwiches consists of Italian or French Bread split down the middle in two long pieces. In between the bread goes; Salami, Cheese, Ham, slice tomato, lettuce, and sliced onion topped with Olive Oil, Vinegar, Oregano, Salt & Pepper. This is the basic “Hero” Sandwich, Sub, Hoagie or whatever you call it depending on where you live. In Jersey they are Submarines or simply Subs. Hero Sandwiches (Northern NJ & NY) were invented around the turn of 1900’s by Italian-American immigrants on the East Coast of the United States, in cities such as; New York, Boston, Portland Maine, Providence Rhode Island, Philadelphia, and Paterson, New Jersey where it is said the first Submarine Sandwich was invented by one Dominic Conti (1874-1954) an Italian immigrant from Montella, Italy a town in the province of Avellino near Naples (Napoli), Italy where much of Italian-America’s dishes come from along with Sicily, Calabria, and Abruzzo. Conti is said to have named his sandwiches Submarines after seeing a Museum Exhibition at The Paterson Museum of a recovered 1901 Submarine The Fenian Ram. As his sandwiches made on long loaves of Italian Bread resemble the Submarine, Conti named his sandwiches Submarine Sandwiches, which later became known  as Subs.” Conti’s granddaughter says, “My grandfather came to America in 1895 from Montella, Italy. In 1910, he started an Italian Grocery Store in Paterson (Silk City), New Jersey, which was called “Dominic Conti’s Grocery Store” on Mill Street where he was selling traditional Italian Sandwiches. His sandwiches were made from a recipe he brought with him from Italy which consisted of a long crusty roll filled with cold cuts, topped with lettuce, tomatoes, peppers, onions, Oil & Vinegar, Italian Herbs & Spices, Salt & Black Pepper. The sandwich started with a layer of cheese and ended with a layer of cheese (so the Bread wouldn’t get soggy).
So these Italian Submarine Sandwiches as they are known in Jersey, are Grinders in New England, Hoagies in Philly and in New York they’re most commonly known as a Hero, of which the name is credited to New York Herald Tribune food-writer Clementine Paddle-ford in the 1930’s. As far as who invented these sand-wiches, there are a few different theories of who invented the first one and where it was. Some say in the sandwich was created in Scollay Square to entice Sailors stationed at the Charlestown Navy Yard in Boston, and that the term Grinder the name of the sandwich in New England (as well as the Mid-West) comes from dockworkers who were called Grinders. Another theory has the Sandwich originating in Portland, Maine. We feel this is highly unlikely and that it was Dominic Conti of Montella Italy and Paterson, New Jersey who invented this Italian-American icon, and one that has been adopted by the whole country after its birth on the East Coast and of Italian neighborhoods.
Now a days there are a multitude of horrible chain Sub Stands like Subway, of which the ingredient are inferior to the original sandwiches of which you can still get at any good Italian Deli in New York, New Jersey, in Philly, Pittsburgh, New Orleans, Boston, and Baltimore.

ALL ABOUT SUBMARINE SANDWICHES

The HISTORY
and How to Make One 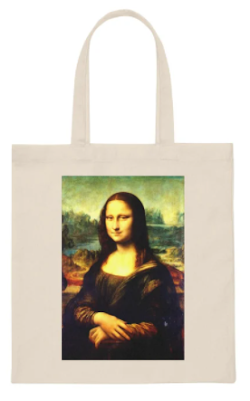