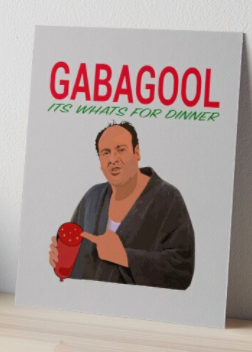 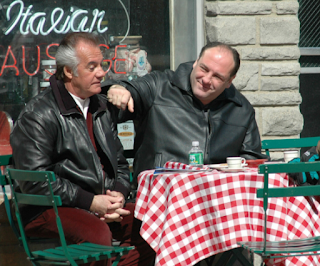 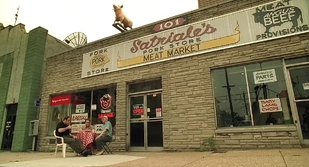 Satriale's Pork Store
Satriale's Pork Store (fictitious) is a meat market in Kearny, New Jersey. The interior walls of the storeroom where Emil "E-Mail" Kolar is murdered by Christopher Moltisanti has black and white framed photographs of classic actors and entertainers, like Humphrey Bogart, Frank Sinatra, Edward G. Robinson and Dean Martin, hanging on the walls. These actors were also known to portray anti-hero mob characters and in some cases associated with real mobsters during their careers.
Satriale's Pork Store was initially owned by Mr. Satriale, a Gambling addict who in the early 70s got into debt with Johnny Boy Soprano due to his Gambling. Satriale either refused to pay the debt, or didn't have enough money, causing Johnny Boy Soprano to cut off Satriale's pinky finger whilst Junior Soprano held him down in the backroom of Satriale's Pork Store. The incident was witnessed by a young Tony Soprano, who was supposed to be waiting in the Car outside. A short time later, due to Mr. Satriale being in debt, Johnny Boy Soprano 'partnered' with Mr. Satriale in the Pork Store in the form of a bust out.  By the end of the partnership, Mr. Satriale had died by suicide and Johnny Boy had claimed the ownership of the pork store.
Since Johnny Boy Soprano took over the Pork Store, Satriale's has become a popular hang out for members of the DiMeo Crime Family, particularly the Soprano Crew. When Johnny Soprano died in 1986, he handed the Pork Store over to his son; Tony Soprano, who has owned it ever since. The outside of the Pork Store is normally littered with members of the Soprano Crew, it is occasionally used for Sit downs such as when Johnny Sack had a sit down with Junior Soprano, but the Pork Store if mostly used for social means.
Learn More About GABAGOOL
In SUNDAY SAUCE by Daniel Bellino "Z" 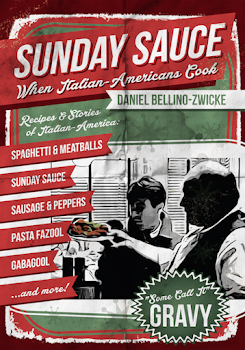 https://gfycat.com/cavernoushandmadefawn-sopranos-james-gandolfini
Posted by xpicassox at 8:06 AM

Email ThisBlogThis!Share to TwitterShare to FacebookShare to Pinterest
Labels: Gabagool, How to make a TONY SOPRANO GABAGOOL SANDWICH Recipe The SOPRANOS 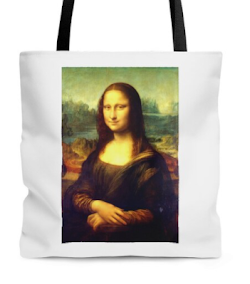