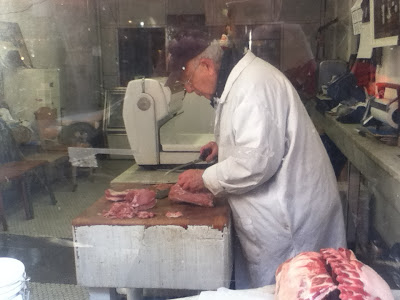 For The Shooting of ITALIAN AMERICAN

RECIPES FROM MY SICILIAN NONNA

In The Prison Scene with Paul Sorvino , Ray Liotta , and Frank Pelligrino Sr

based on Nicholas Pileggi's Book WISEGUY

"The Hoof The Hoof"

In Their  ELIZABETH STREET Apartment

RECIPE For GOODFELLAS PRISON SAUCE
INSIDE

The Albanese Meats and Poultry Market had its humble beginning in New York City's famous "Little Italy" in 1923.


Started by Moe-the-Butcher's father and mother, Vincenzo and Mariannina (Mary), the Albanese Family has been serving the very finest meats and poultry for nearly 85 years.

In a part of the city overrun with butchers, pork stores, and Italian deli's, Albanese Meats and Poultry distinguished itself by catering to their customers and exclusively serving many of the specialty meats and holiday favorites desired by the mostly Italian immigrant community at that time. Then in the early 50's, Moe, after finishing college, joined the family business, as the success of the store on Elizabeth Street allowed them to expand their footprint on the Lower East Side with another store near the Williamsburg Bridge.

With his father close by his side, this is where Moe learned the trade and honed his skills as a Master Butcher- excelling in the art of skinning and butchering while formulating a keen eye for buying only the finest cuts of meat.
Then with the untimely passing of Vincenzo in 1954, the new shop was closed and Moe put aside his aspirations of attending medical school to join his mother on Elizabeth Street. He's been there ever since. Mary and Moe worked together on Elizabeth Street for nearly 50 years until her passing at the age of 97 in 2002. Now, Moe carries on the business and the great family tradition- serving only the finest cuts of meat with the same enjoyment and enthusiasm as the old days. 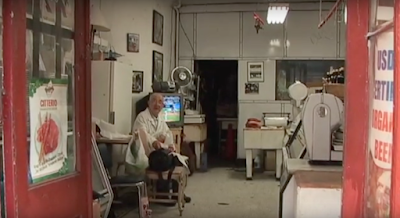 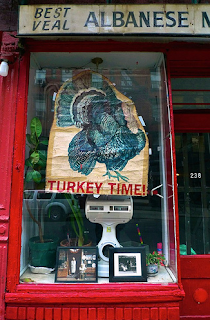 The Un-OFFICIAL MAYOR of ELIZABETH STREET 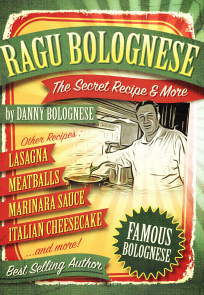 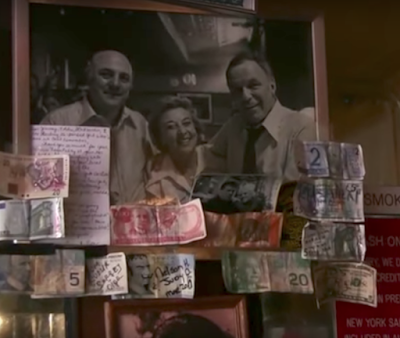 owner of The Marechiare Bar

Now it's The MULBERRY STREET BAR