The ISLE of CAPRI

During the Shooting of IT STARTED in NAPLES
.
.

"I WANT to BE AMERICAN"

SOPHIA LOREN
IT STARTED in NAPLES
with CLARK GABLE

Movie Poster
IT STARTED in NAPLES

This was the last film that Clark Gable
made that was released in his lifetime.
RECIPES

Looking for a  HOTEL on CAPRI

From the Movie "IT STARTED in NAPLES"
with CLARK GABLE 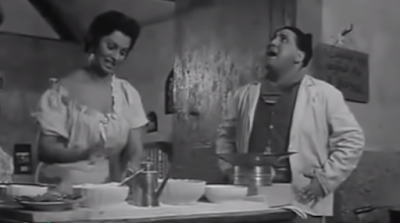 SOPHIA LOREN
In "The GOLD of NAPLES" 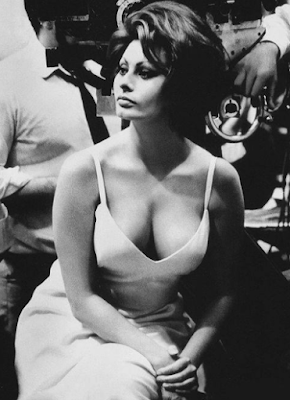 On a Boat off of Napoli 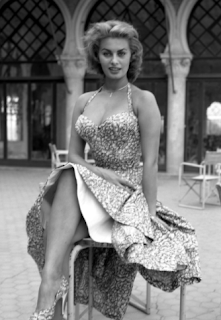 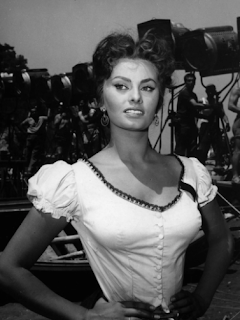 SOPHIA LOREN In "SCANDAL in SORRENTO"

On location in SORRENTO ITALY 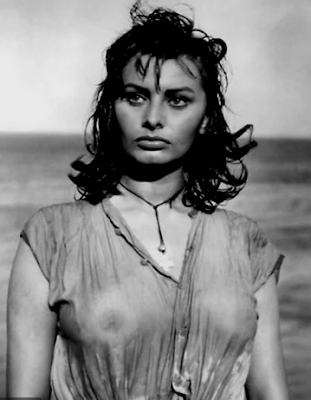 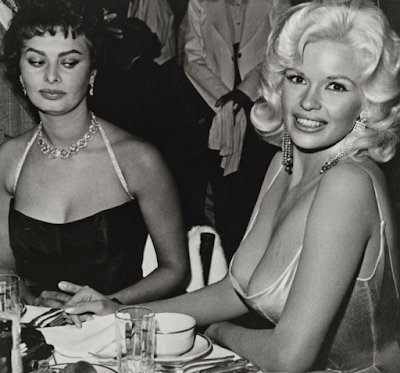 Sophia Loren with Jane Mansfield
A photo taken 60 years ago of Hollywood’s two most alluring sex symbols is still getting a lot of attention. The most famous side-eye or even stink eye photo in history belongs to Sophia Loren’s reaction to Jayne Mansfield and her famous large assets! Here’s a little history of the iconic photo that appeared in newspapers and magazines with the word ‘censored’ hiding Jayne's exposed breast.
The story goes that Sophia Loren was at a Paramount party in Beverly Hills that was organized for her when she was a newcomer to Hollywood in 1957. Everyone who was anyone was there. But the last person to come to this event was the va-va-voom force of nature that was blonde bombshell Jayne Mansfield.  She sat down at Sophia’s table which included actor Clifton Webb and of course, had every eye in the room watching her. She barely dressed for this event and her famous ample breasts were the focus of a notorious publicity stunt intended to take the media attention away from newcomer Sophia. Loren couldn’t help but stare at her exposed nipple, as she was fearful that they would come down crashing down on her plate! She said she was afraid that everything in her dress was going to explode, BOOM! And spill all over the table.
There were other photos taken of Sophia at the event laughing and more relaxed with Jayne later in the evening but this version of the vision, will last forever. Sophia admitted her mind was always on that dress. And the only picture that truly shows how it actually felt for Sophia at that moment of time. A bit shocked, fear in the eyes, all of it right there. Forever captured in such a brief but telling moment of history. Sophia exclaimed, “No, no. Well, there may be other photos, but this is the picture. This is the one that shows how it was. This is the only picture.”
Sophia is constantly asked to autograph this photo, but out of respect for the late Jayne Mansfield, she always declines. And she truly doesn’t like to be associated with the photo that launched millions of side-eyes.
.
. 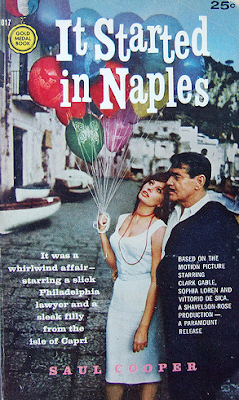 on The Isle of Capri

"It Started in Naples"